The Center for Art in Wood

Home / The Center for Art in Wood

For over 30 years, The Center for Art in Wood in Philadelphia, formerly the Wood Turning Center, has provided visionary leadership in public education, preservation, and promotion of art in wood and the artists who create it. The 2003 book Woodturning in America Since 1930, published in collaboration with Yale University Art Gallery, provided a much needed foundation from which to build awareness, appreciation, and understanding of this dynamic and growing field. The Center's permanent collection houses more than 1,000 of the finest works in wood.

It is no surprise, therefore, that the Center has been a major contributor to the resurgence of interest in Emil Milan. Albert LeCoff, co-founder and Executive Director of the Center, provided vital consultation and guidance for the solo exhibit of Milan's work at the Joseph and Marilyn Henry Gallery in Malvern, PA in 2014. He added 19 artists influenced by Milan and hosted the expanded exhibition Rediscovering Emil Milan and His Circle of Influence at the Center in the winter of 2014/15.

The Center was key in facilitating the mini-documentary on Emil Milan by John Thornton, the symposium on Milan held at the studios of WHYY public television, the article on Milan in American Art Collector, and—in no small measure—the forthcoming book. The library at the Center houses an archival copy of the 2011 Research Report on Emil Milan and the Center's permanent collection includes two of Emil Milan's creations. 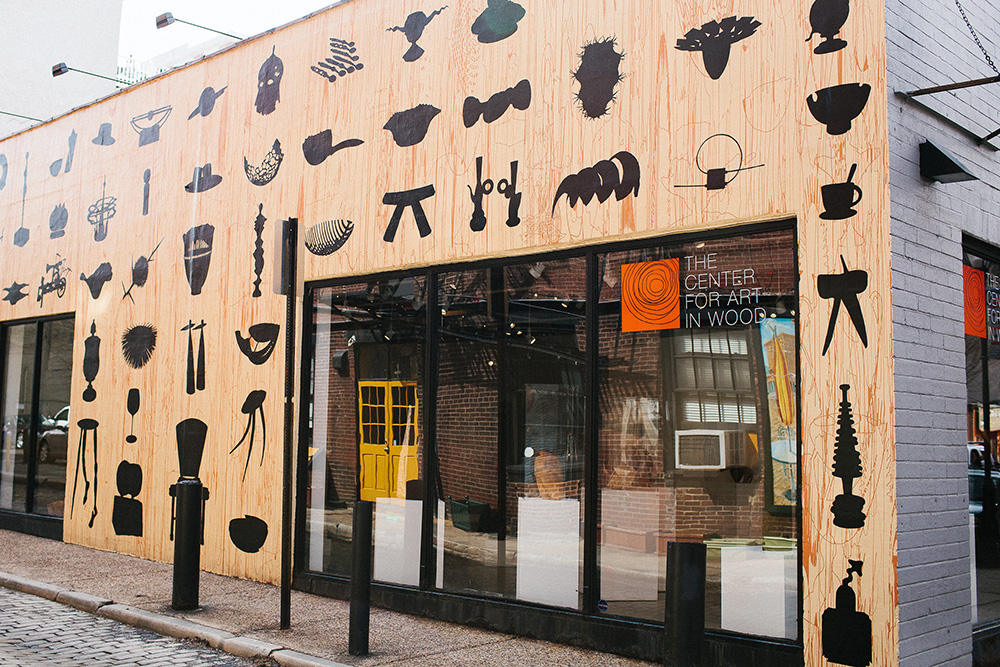 The Center for Art in Wood in Old City, Philadelphia 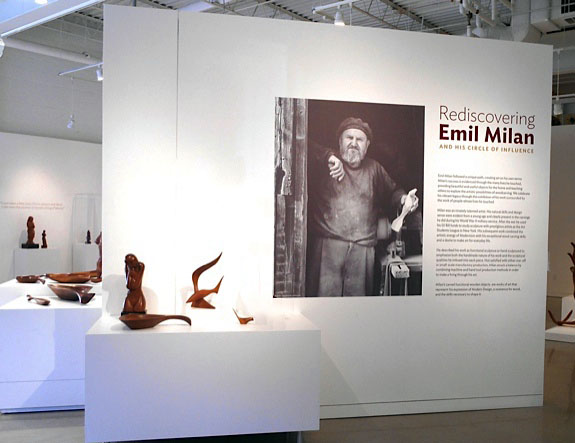 Rediscovering Emil Milan and His Circle of Influence exhibition at The Center for Art in Wood.