Emil Milan had many ties to Penn State University. He taught woodworking workshops throughout the state for Penn State Ag Extension for more than a decade starting in the 1960s. He exhibited and did woodworking demonstrations during the first years of the Central Pennsylvania Festival of the Arts. In the 1970s, Emil was commissioned to make a public sculpture for Penn State’s College of Human Development. To symbolize a college focused on human development and family studies, he carved a stylized figure of a couple with a young child.

Starting around 1966, Milan was hired as a woodworking instructor by the Penn State Agricultural Extension Service. Funded by the federal Manpower Development and Training Act, and in cooperation with the Pennsylvania Department of Public Instruction, the Extension Service employed him to promote woodworking as a craft industry in Pennsylvania. An article in the Spring 1967 issue of Science for the Farmer, featuring Milan on the cover, described the unusual program. (fig. 109) The authors, Miriam McGrew and John Bergstrom, both Penn State faculty members in the College of Agriculture, emphasized the link between the program and the history and culture of the state. They felt that helping craftspeople in Pennsylvania develop new handmade products would recover lost arts that once flourished. 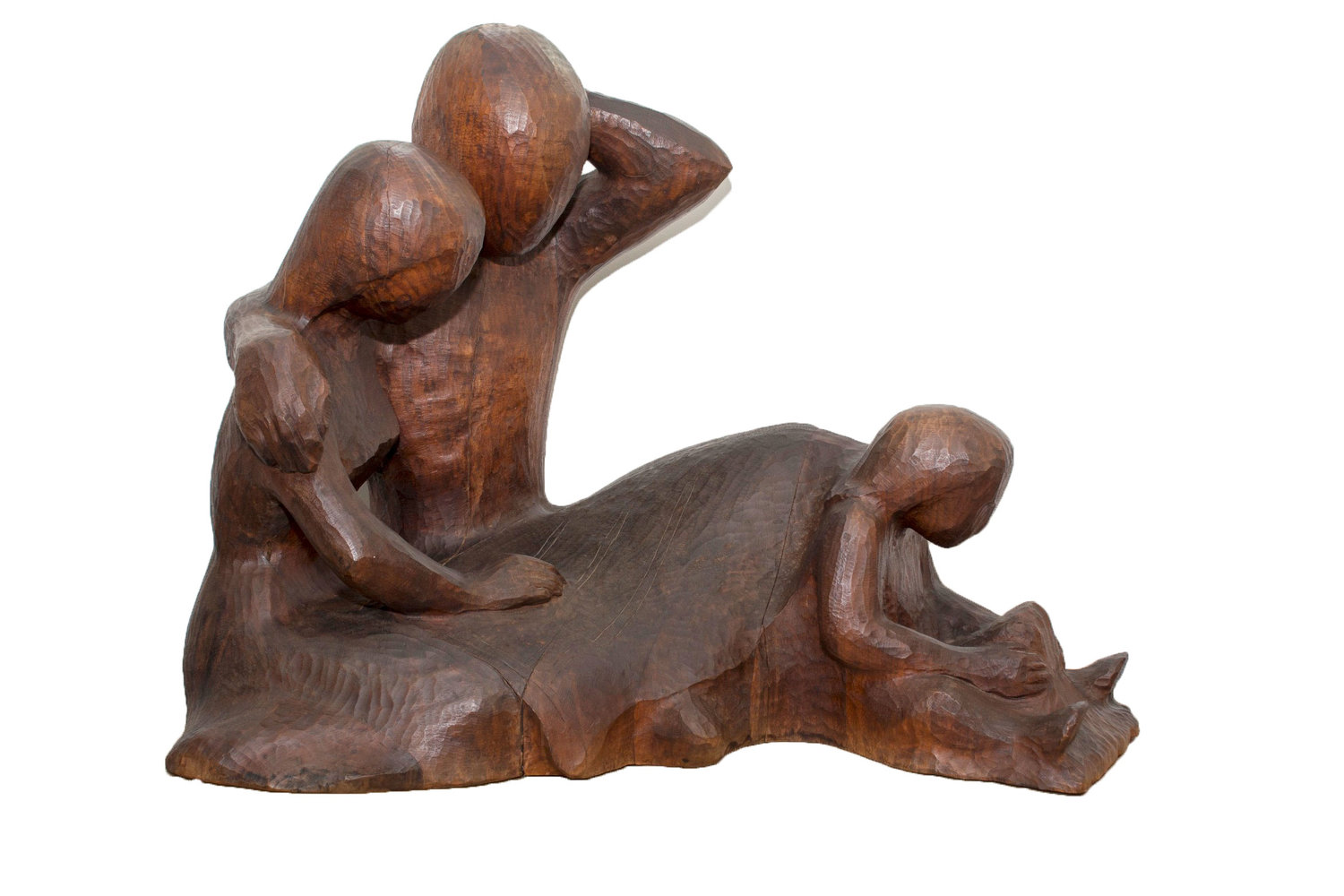 Emil Milan’ family sculpture commissioned by the College of Health and Human Development (1970) still on display in Henderson Hall.

In July 1969, Milan exhibited at the Central Pennsylvania Festival of the Arts in State College. The week-long festival started in 1967 as a collaboration between the local Chamber of Commerce and Penn State's College of Arts and Architecture. The show was not juried for the first few years, so there are no official records, not even lists of participating artists. A 1967 article in the Penn State Alumni Magazine admitted that the inaugural year was a mix of good, bad, and indifferent art. After a few years, the festival shifted to a juried format and it evolved rapidly to be a high-level invitational art and craft show. It now features outstanding national and regional art and fine craft. Emil on the cover of Penn State’s Science for the Farmer (now Ag Science) in 1967. Courtesy Penn State University.